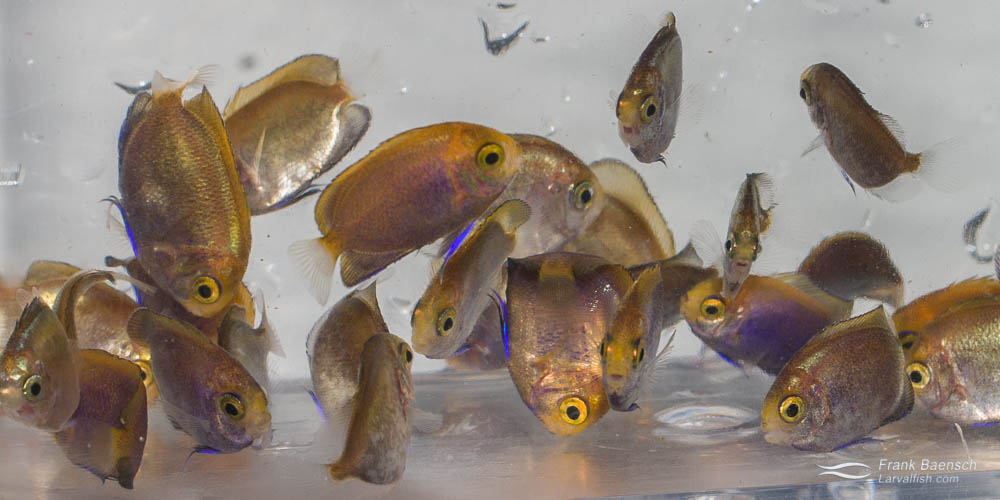 Commercial propagation of marine ornamentals is not an easy task and is complicated by biological and economical constraints. Many species have not been cultured because of their complex reproductive biology; others can only be raised on an experimental scale; and for those that can be raised in large numbers, production is often not cost-effective. Less than 7% of the more than 2,000 traded marine aquarium fish species are farmed at any one time.

Most reef fishes are not aquacultured because of their long and complicated larval phase. I started the Larval Fish Project (LFP) to develop techniques for difficult-to-raise reef fish species. Using eggs collected from the ocean in addition to hatchery spawned eggs allows me to work on more larval species at once. The project also documents the fascinating and rarely shown development of live marine fish larvae from egg to juvenile. Fifty-five species from 26 families have been reared through settlement for the project to date; including triggerfish in 2010, anthias and butterflyfish in 2013, wrasses in 2015 and surgeonfish in 2018. 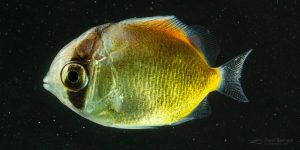 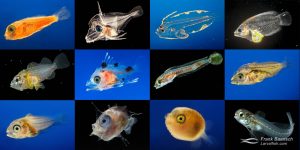 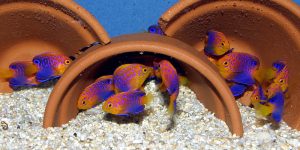 Baensch, F. 2012. The trials and tribulations of culturing the Crosshatch triggerfish and the discovery of a potential first-food organism for small-mouthed reef fish larvae. CORAL 9 (2): 41–55. PDF available upon request.

Baensch, F. & Tamaru, C. S (2009a). Spawning and development of larvae and juveniles of the rare blue Mauritius Angelfish, Centropyge debelius, in the Hatchery. Journal of the World Aquaculture Society. 40, 425–439. PDF available upon request.

Baensch, F. 1996. The Reproductive Biology of the Pygmy Angelfishes (Genus: Centropyge) and their Spawning in Captivity. Thesis. The University of Hawaii, xv+44 pp.