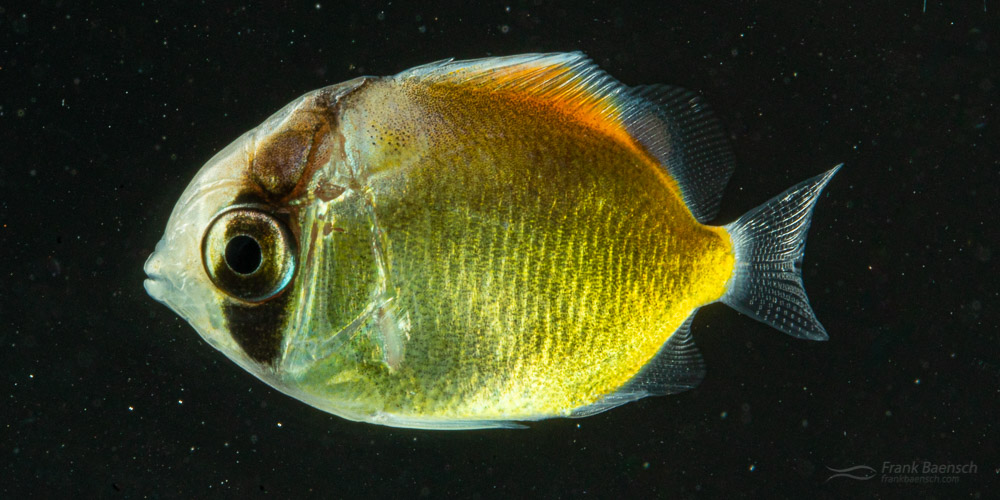 Butterflyfishes are small colorful reef fishes with deep, laterally compressed bodies and small mouths. The family comprises 130 species in 11 genera. The giant Chaetodon genus contains 90+ species. The Auriga butterflyfish, also known as the Threadfin butterflyfish, is an elegant relatively large butterflyfish found throughout the tropical and subtropical Indo-Pacific. It has a white body with dark chevron markings. A black band runs through the eye and a black false-eye dots the back of the dorsal fin. The rear body and fins are painted golden yellow. In adults, a graceful long filament extends from the back of the dorsal fin. This fish is a beauty!

The Auriga butterflyfish is fairly common on Hawaii’s reefs. Around Oahu, I see the adults in a variety of habitats ranging from coral reefs to bolder/rubble/algae covered areas with places to hide. The adults form long term monogamous pairs and sometime travel with one or more subadults. They quickly bolt when approached and are not easily photographed. Juveniles and subadults are more curious. Auriga butterflyfish reportedly feed on everything from plankton to small crustaceans to clams to sponges to algae to hydroids to tunicates to anemones to coral polyps to fish eggs. Now there’s a balanced diet!

Auriga butterflyfish are popular in aquarium hobby and usually retail for $50-$80.  Most specimens enter the trade between 3-5”. At that size, they’re generally hardy and thrive on conventional aquarium foods.  But adults can reach 9” in length. This species will eventually need a large tank (125+ gallons) to be happy. Spawning in captivity has not been reported.

Chaetodon auriga juveniles were raised from a few eggs collected in waters off Oahu’s south coast in July 2020.  This tow also collected eggs from chubs, snappers, parrotfishes, scorpionfishes, jacks, tilefishes and other butterflyfish species. All fish were initially raised together in the same tank to conserve resources (foods, algae, space, water).

Butterflyfish eggs are common but not abundant in my tows from April through August.  These eggs usually turn out to be C. kleinii or C. miliaris, which are prolific spawners. C. kleinii and C. miliaris have preflexion larvae with a triangular head and a yellowish body. But this time, a yellowish larva with a more rounded head appeared in the mix.  On 11 dph, I was able to isolate sixteen of these hopefuls (≈4.5 mm TL) into a new tank. I’d seen this species in my cultures before but never had this many individuals to work with. The remaining larval rearing period was a nail-biter. I knew these fish had a long way to go.

By 25 dph, eleven larvae (≈7 mm TL) had survived the critical flexion period.  The postflexion larvae developed a deep, pyriform-shaped body with a shiny golden color. By 30 dph, the tholichthys plates and dorsal spine were obvious. Another fish had passed. Near 45 dph (≈11 mm TL), thick black pigment had formed around the eye. Seven fish were left.  By day 65 dph, the larvae were hyperactive and sensitive to light. Settlement was near but still, no color. Two more fish had perished. I was feeling anxious.

Finally, near 74 dph (≈16 mm TL),  a black eye spot and orange and white pigment became visible on the dorsal fin. Just as jubilation started to set…another heartbreaking loss. Three settling larvae fell victim to a protozoan disease. Fortunately, the two remaining fish had been isolated in time.  On 85 dph, the ride was over.  Two vibrant juveniles (≈20 mm TL) were transferred to grow-out. As of November 18, 2020, both fish are growing rapidly.

C. auriga larvae were fed cultured copepods from first feeding to 70 dph, wild copepods from 25-70 dph, newly-hatched artemia from 27 dph onward and enriched artemia from 34 dph onward. A static 20-gallon black round tank with tetraselmis as background algae was used throughout the larval phase. The fish were transferred to a new tank whenever rearing conditions deteriorated.

Chaetodon auriga is the third butterflyfish species cultured for the Hawaii Larval Fish Project, after Heniochus diphreutes and Chaetodon kleinii.  The three species were raised similarly, in small tanks (20 gallons or less) on wild copepods; but using different tank environments, cultured live foods and feeding & maintenance regimes. The technique used to raise C. auriga produced stronger larvae and resulted in relative lower larval mortality. Late-stage butterflyfish larvae are active swimmers and require space.  Raising C. auriga in large culture tanks will shorten its larval period, which is about 55 days in nature. One day this beautiful fish will be farmed🤞. 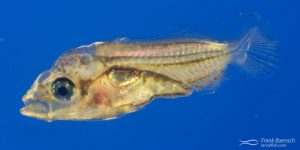 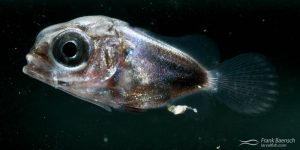 Pennant butterflyfish larvae (Heniochus diphreutes) were raised from wild-spawned eggs at 77-79F on wild copepods and artemia. The larval duration was ...