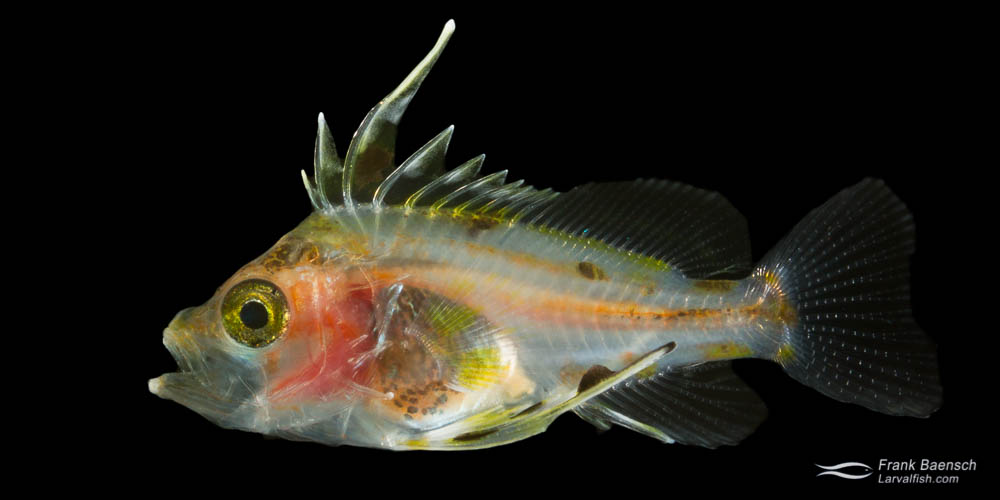 Bicolor Anthias (Pseudanthias bicolor) juveniles were raised from eggs collected in coastal waters off Oahu’s south shore. This species is widespread throughout the Indo-Pacific from Mauritius to the Line Islands. It is generally found in harems near ledges and caves at depths of 15 to 200 feet. P. bicolor is one of the largest anthias species available in the aquarium trade and also one of the easiest anthias species to care for.

The P. bicolor larvae were raised entirely on cultured copepods. Newly settled juveniles were fed a combination of cultured adult copepods and newly hatched artemia. P. bicolor larvae are moderately difficult to raise. Overall, their rearing requirements appear similar to Centropyge larvae. This is the first documented larval rearing of a Pseudanthias species.