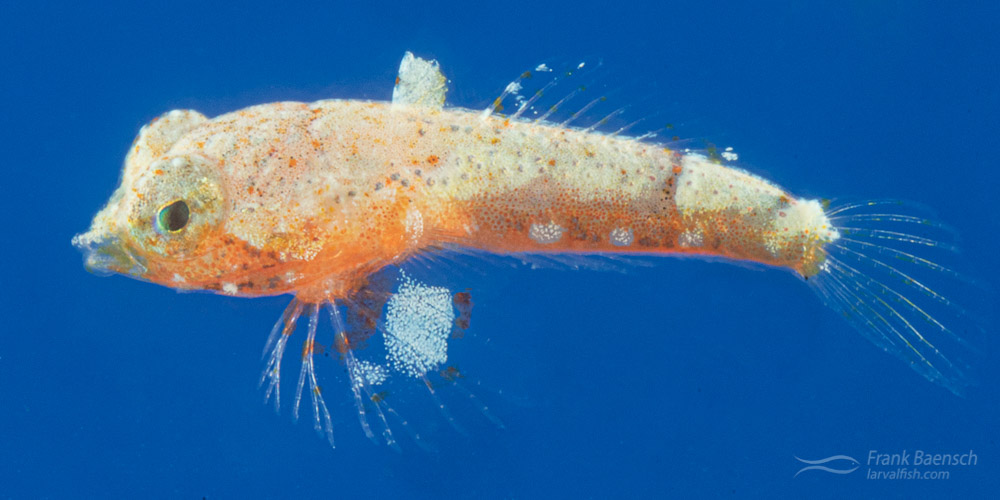 Dragonets (Callionymidae) are small to medium (2 – 30 cm), slender, scaleless, slow-moving, benthic fishes, comprising 18 genera/186 species. They are found in oceans worldwide but most species inhabit tropical and subtropical seas of the Indo-Pacific feeding on small benthic invertebrates on sand, coral, rubble or mud. The Synchiropus genus holds 44 species, including most of the colorful dragonets we keep in our aquariums (S. splendens, S. picturatus, S. stellatus, S. moyeri and S. ocellatus).

The Exclamation point dragonet is a little-known, cryptic Synchiropus species reported from Japan, New Caledonia, and Hawaii and, most recently, from Tonga from depths of 30-400 feet. Considered rare, this 1.6″/4 cm well-camouflaged fish might actually be more common than previously thought. When looking for Exclamation point dragonets off Oahu, I search unprotected sandy, coral rubble zones near coral reefs between 40 and 60 feet.   Finding them takes patience since they perfectly blend in with sand.  I like the molted color pattern of  the male and  its large, sail-like dorsal fin.

S. corallinus juveniles were raised in 2018 and 2020 from a few eggs collected off Oahu’s south side.  On both occasions, the larvae were raised together with other larval fish species in a static 13 black round tank system on copepods (primarily Parvocalanus sp.). Isochrysis sp. was used to create turbidity and to enhance nutritional quality of the live foods in the larval rearing tank.

S. corallinus have tiny larvae, esp. in the early stages. Preflexion larvae measure just 2.9 mm TL (total-length) at 8 dph (days-post-hatch). 16-day-old larvae have passed through flexion but are still only 3.8 mm TL. S. corallinus larvae settled near day 30 at 6.3 mm TL. They develop a white dorsal surface as they metamorphose into juveniles. From 6-8 dph, when S. corallinus larvae were first detected in the mix of larval fishes, about one out of three individuals survived to become a juvenile. 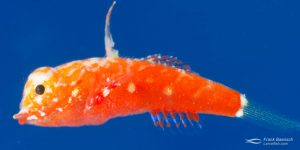 Redbarred dragonet larvae (Synchiropus rubrovinctus) were raised from wild-spawned eggs at 77-79F on wild and cultured copepod. The larval duration was ... 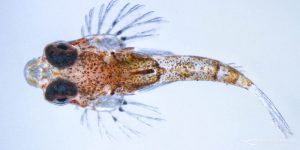 Longtail dragonet (Callionymus decoratus) larvae were raised from wild-spawned eggs at 77-79F on wild copepods. The larval duration was 16 days ... 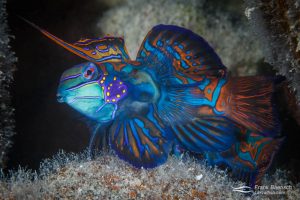 Photos about dragonets (Callionymidae); including dragonet spawning, larvae and juveniles: ...