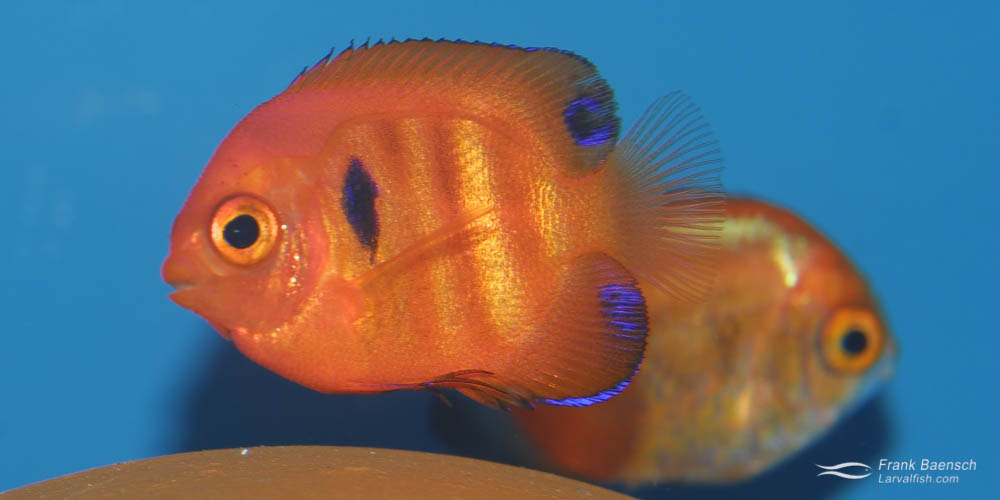 The Flame Angelfish is arguable the most common and well known pygmy angelfish species in the trade. It is more omnivorous than most other pygmies (which are primarily herbivorous) and considered very hardy in captivity. This species prefers water temperatures between 77 and 82º F. It occurs from Palau to the Hawaiian Islands. It is usually collected for trade in the Christmas and Marshall Islands. Adults reach a maximum size of 4.5 inches.

The Oceanic Institute first raised C. loricula in 2002.
Pacific Planktonics (Syd Kraul) has been producing C. loricula for the aquarium trade since 2004.