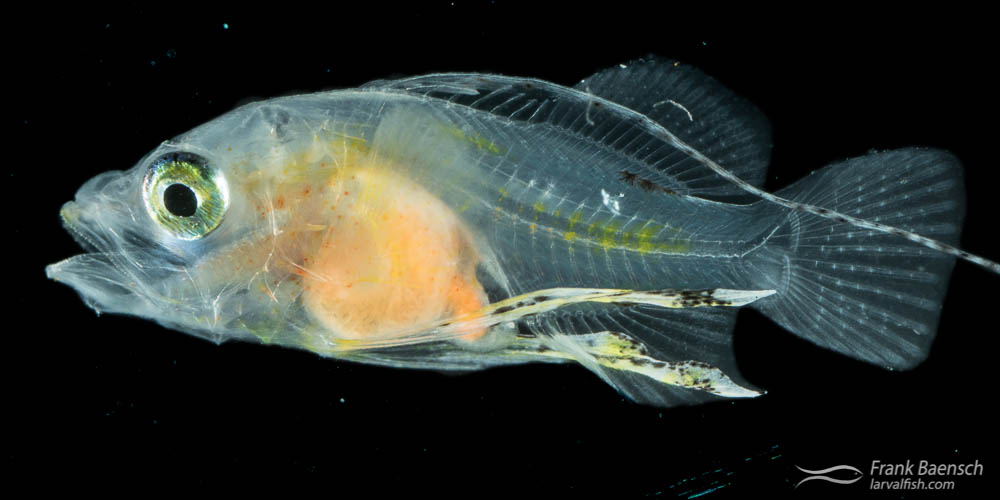 Anthias (Anthiine serranids) are small to medium-sized, brightly colored reef fishes comprising 25 genera and over 200 species. They are planktivores and often form large schools above the reef while feeding. Their peaceful nature and vivid color patterns make them very popular in the aquarium trade. Most anthias species will spawn readily in captivity but are rarely aquacultured because the larval phase is long and complicated.

Plectranthias have an interesting temperament and can be visually stunning. They are also reef-safe and very hardy, adapting quickly to aquariums. Avid aquarists thus seek after them, esp for their nano reef tanks. Shallow water Plectranthias species that regularly reach the aquarium trade remain affordable but most deep water species are rarely collected and command prices in excess of $1000.

Helen’s Perchlet (Plectranthias helenae) was reared from a small number eggs collected in waters off Oahu in the spring, 2015.  This species is only known from a handful of collections made in Taiwan, the Hawaiian Islands and Japan at depths between 119-263 m (390-863 feet). It reportedly grows to 10 cm (4”).

The P. helenae larval phase is significantly shorter than that of P. winniensis (settled near 80 dph), a species previously raised for this project using a similar rearing technique. The larval forms of 27 dph P. winniensis and P. helanae are depicted below. It’s amazing how differently these two congeneric species have evolved!