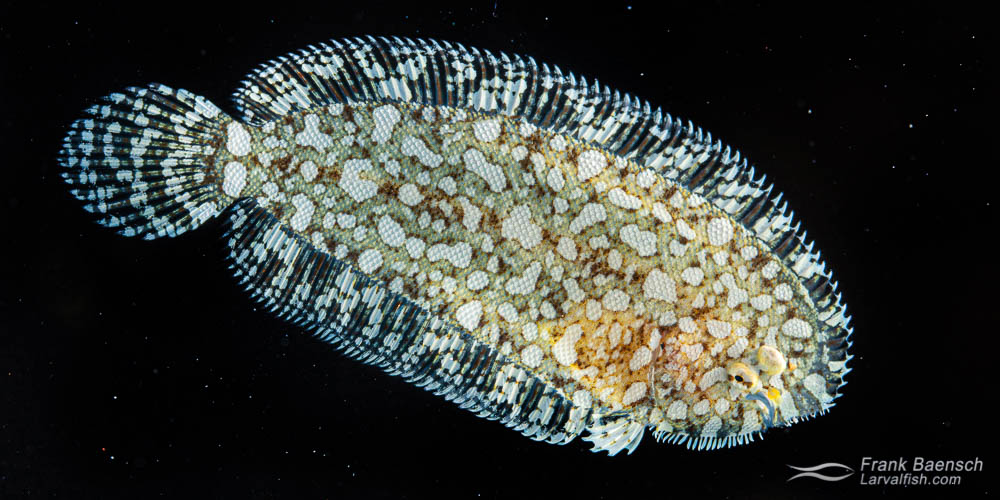 Aseraggodes is the most species rich genus in the family Solidae, consisting of 54 recognized species – all of which are native to the Indian and Pacific oceans.

The first A. holcomi  specimen was collected by Ronald Holcomb in 1997 off Oahu’s north shore in 10 meters of water. It is still currently only known from the island of Oahu. Like other Aseraggodes species, it is small (up to 8 cm) and can produce a powerful toxin to repel predators. A. holcomi is also nocturnal and usually buries in sand inside caves during the day. It is not surprising that this species is rarely encountered by divers.

Two A. holcomi juveniles were reared from 4 eggs in July 2018. A. holcomi eggs had multiple, scattered oil globules and measured about 1.2 mm in diameter. The larvae were raised in a 20 gallon tank on parvocalanus, rotifers and artemia together with snappers, chubs and butterflyfish. The larva underwent flexion near 16 dph (days-post-hatch). Post-flexion larvae develop heavy white/yellow pigment on the fins and body. Left eye migration started near 30 dph. The larva settled on a sand bottom near 38 dph at 16 mm TL (total-length).  Juveniles were grown out to about 40 mm for 228 days on artemia and grated scallops and shrimp. One juvenile now resides at the Waikiki Aquarium.

A. holcomi larvae are easy to culture, like A. therese larvae previously raised for this project. The larvae of the two species have a similar morphology but different pigmentation pattern as they develop. A. holcomi develop large, irregular-shaped blotches while the blotches on A. therese larvae are smaller and more uniform.  Even though Aseraggodes soles have no commercial value, their unique development and attractive pigmentation pattern makes experimental culture worthwhile. 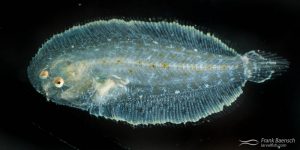 Therese’s sole larvae (Aseraggodes therese) were raised from wild-spawned eggs at 77-79F on wild copepods and artemia. The larval duration ... 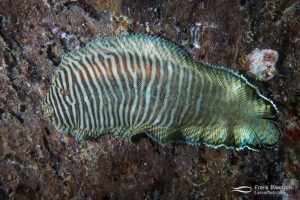 Photos about soles (Soleidae); including larvae and juveniles: ... 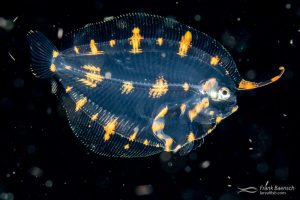