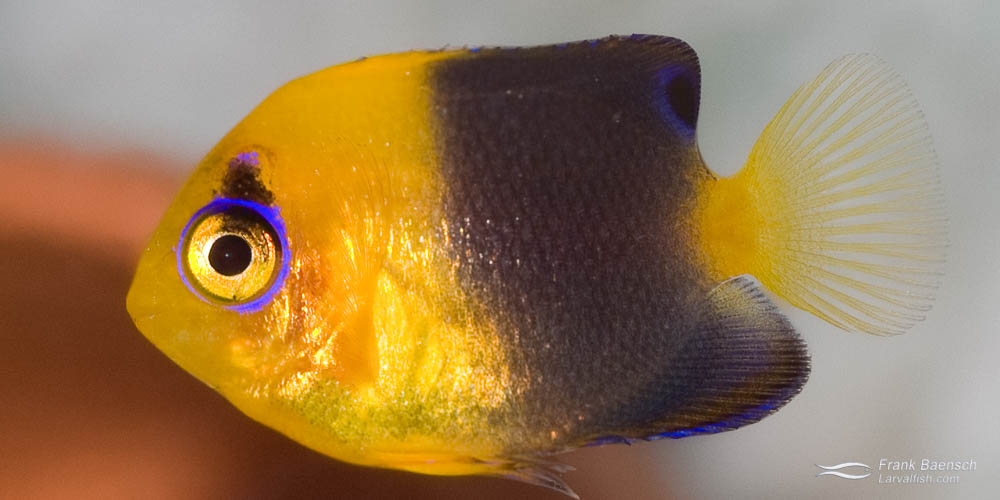 My C. joculator pair was easily conditioned to produce large fertile spawns during the production periods. Unfortunately, the larvae proved exceptionally difficult to rear through the later post-larval stages. Good survival was obtained up to settlement, at which time the larvae went through an extended period of delayed metamorphosis that – similar to C. debelius – lasted over 50 days. Settlement is a critical period for most marine fish species and mortality increases the longer this process is delayed. As a result, only a few individuals became juveniles.