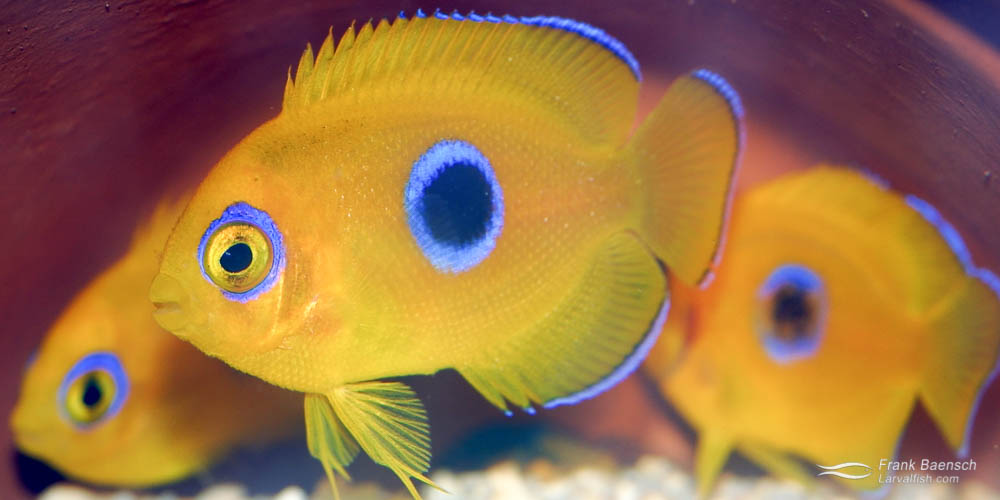 Hardy and less aggressive than most other pygmy angelfishes, the Lemonpeel angelfish ranks among the most heavily traded marine angelfishes. It thrives on a diet rich in algae. This species is widely distributed and is common throughout most of Melanasia and Micronesia. It prefers water temperature between 77 and 82F. Adults reach a maximum size of 5 inches.

Captive-bred juveniles loose their blue dot after just three weeks. Juveniles in the wild keep it much longer. A harem of three Lemonpeel Angelfish spawned at my facility for over 5 years.