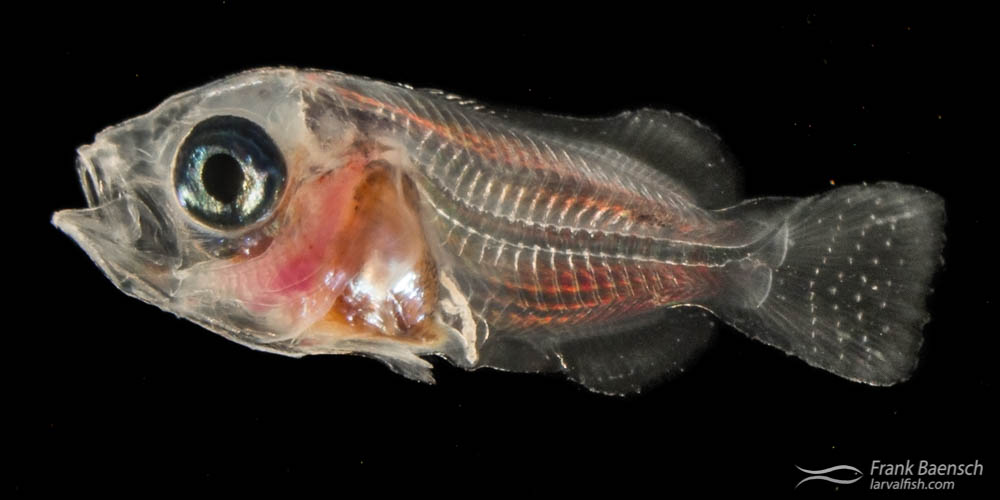 Damselfishes are mostly small (2” to 4” long), brightly colored and highly territorial coral reef fishes comprising 19 genera/200 species. They occupy a variety of important ecological roles as territorial “algae farmers”, detritivores, grazers, schooling planktivores, prey for reef piscivores, and even facultative parasite pickers. Damselfishes are the most heavily traded marine fish in the aquarium trade due to their bright colors, small size and low price. However, only the clownfishes are available consistently through aquaculture due to their short and uncomplicated larval stage. Other heavily traded damselfish species (Chromis, Chrysiptera and Dascyllus sp.) are more difficult and costly to raise and very abundant in the wild, making them less desirable farming candidates.

Oval chromis (Chromis ovalis) were cultured once for this project in March 2014. This Hawaiian endemic damselfish forms large schools, sometimes high in the water column, where it feeds on plankton. Though juveniles are colorful, oval chromis are not popular aquarium fish because adults are large (up to 7”) and relatively unattractive.

C. ovalis spawn from February through May. Reproductive behavior begins with males forming temporary territories and clearing nest sites on rocks, spaced at least 3 feet apart. Males take on courtship colors and repeatedly swim up into the water column to entice females to spawn.

Female C. ovalis will typically lay thousands of eggs that hatch in 3-4 days. C. ovalis eggs are oval and very small, measuring just 450x500um and are usually attached to macro algae on the nest site. A small portion of the nest was removed and incubated in a 5-gallon bucket until just before hatching. About 100 larvae hatched in the larval tank when the eggs were exposed to light.

C. ovalis larvae measure 2.2 mm TL (total length) at hatching and lack pigmented eyes and a mouth. They feed on very small copepod nauplii 2 days after hatching at 2.4 mm TL. The critical flexion period occurs between 13 and 18 dph (days post hatch) at 3.9-4.3 mm TL. The larvae begin to settle (associate with tank sides) near 33 dph at close to 8 mm TL. Juvenile transition is rapid and completed in 2-3 days.

C. ovalis larvae were raised on wild and cultured copepods and the juveniles were grown out on artemia, cultured copepods and frozen foods. The small food size requirements of the first feeding larvae, sporadic mortality events during first feeding and flexion and the relatively long larval stage makes C. ovalis one of the more difficult damselfish species to culture. This is the first documented larval rearing of C. ovalis.

Twelve cultured 1” juvenile C. ovalis were released onto a coral head to assess their survival instinct on the reef. Most of the fish failed to seek shelter and lacked predator recognition and an escape response. It was surprising to see how quickly the surrounding predatious reef fish (Parupeneus insularis, Iniistius baldwini) detected this behavior and preyed on the released fish. The result highlights the importance of training hatchery-raised fish destined for restocking.