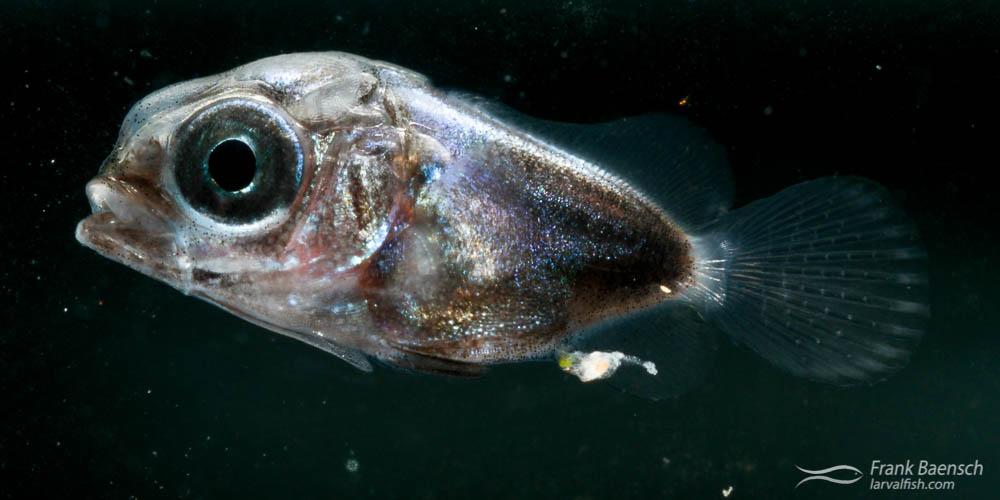 H. diphreutes eggs were collected in late August 2013 from Oahu’s coastal waters. The first-feeding larvae are elongate (2.6 mm TL), darkly pigmented, and can capture 60- to 80-micron copepod nauplii. During flexion (20–25 dph), they become increasingly deep-bodied and ovoid in shape. At this stage the head becomes encased in armor (tholichthys plates), a specialization to pelagic life. From here on the larvae become more fragile and undergo critical periods of high mortality. The larval stage is long.

The elongated white fourth-dorsal spine, characteristic of Heniochus species, starts to develop near 60 dph. The white body with black bands first becomes noticeable near 85 dph. Juvenile transformation is completed near 100 dph at about 18 mm TL. At this point the fish can feed on Artemia nauplii and be transferred to juvenile grow-out tanks.