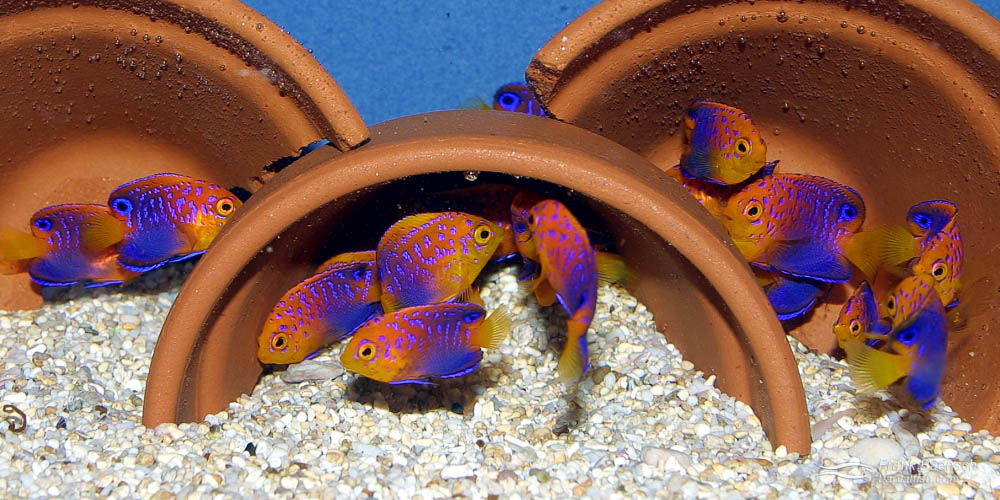 The diminutive, hardy and brilliantly colored pygmy or dwarf angels (genus Centropyge) are the most heavily traded angelfishes in the aquarium hobby today. The genus is the largest within the Pomacanthid family, comprising a total of 32 described species. While small-scale breeding has been accomplished for a number of Centropge species, the complicated rearing phase of the larvae prevents Centropyge from being mass cultured. To date, the large demand for these popular aquarium fishes is still largely met by wild collection.

The Centropyge group was the main focus of my research between 2000 and 2011: Cultured Pygmy Angelfish Species 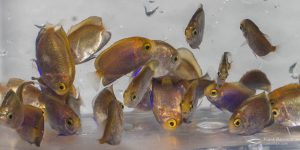 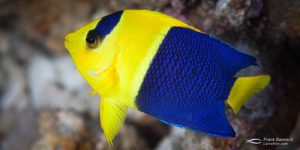 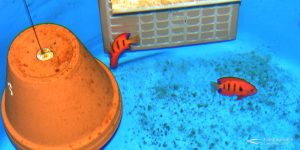 Rearing of Centropyge has also been accomplished by the following groups:

The Oceanic Institute (Waimanalo, Hawaii, USA), resolved a number of key bottlenecks in the captive breeding of the flame angelfish (C. loricula) between 2002-2008. Year round broodstock spawning of 18 pairs that produced up to 45,000 eggs/day was finally achieved. The researchers discovered that the small calanoid copepod, Parvocalanus crassirostris, produced the suitable nauplii to culture first feeding C. loricula larvae and developed a technique to mass culture this copepod species. Finally, they succeeded in producing 1,000’s of C. loricula larvae through the early stages (to day 14) in 1000 L-tanks and reared several dozen juveniles to market size.