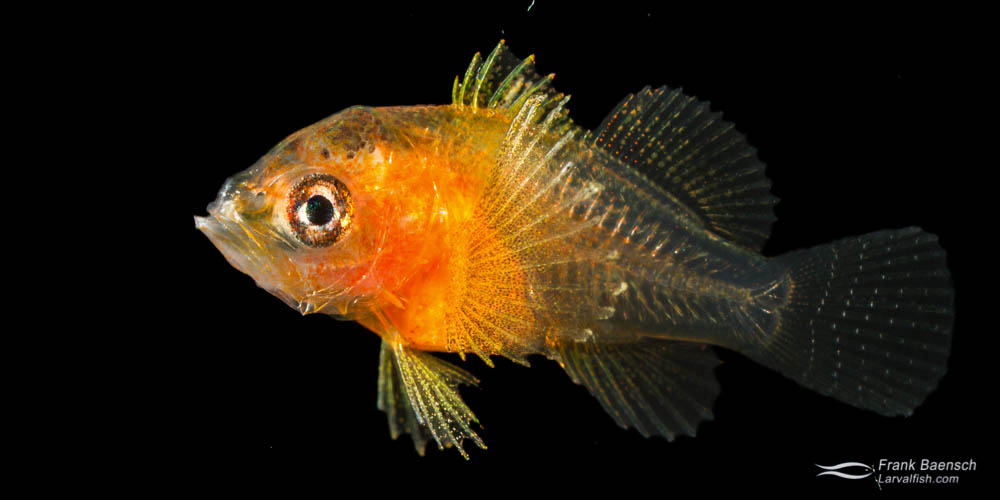 Plectranthias is a genus (comprising 51 recognized species) of small, cryptic hawkfish-like fishes with large mouths. Most species reach a maximum size of just 7.5 cm (3“) and occur at depths below 50 m (160 ft). With the exception of P. garrupellus in the Western Atlantic, the genus is restricted to the Indo-Pacific region.

Redblotch Perchlet (Plectranthias winniensis) juveniles were raised in May 2014 from pelagic eggs collected in coastal waters off Oahu’s east shore. This is a small (5 cm/2 inches) and secretive species that is rarely seen by divers. It occurs in the Indo-Pacific from the Red Sea and East Africa to the Hawaiian, Tuamoto and Pitcairn islands and south to the Great Barrier Reef and the Austral Islands. Adult specimens have been collected in 23-59 m/75-190 feet for scientific purposes. This species is not available through the aquarium trade.

P. winniensis larvae delay metamorphosis and have a long larval phase, which makes them more difficult to raise than other serranids. The larvae were raised together with Pseudoanthias bicolor larvae using cultured copepods and artemia as live foods. This is the first documented rearing of a Plectranthias species.