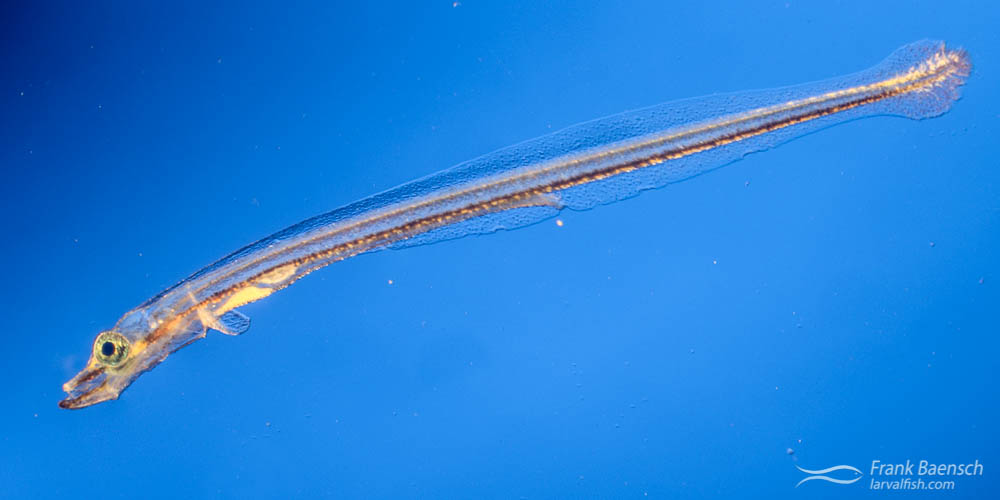 The cornetfishes are a small family (Fistulariidae) of medium to large sized fishes with an extremely elongated and slightly depressed body and a prolonged and tubular snout. The family consists of just a single genus, with four species, found worldwide in tropical and subtropical marine environments. Cornetfish attain a maximum of 6 feet in length and feed on small fishes in open coastal waters or on coral reefs. They are one of the only known predators of the Red Lionfish (P. volitans) and the Common Lionfish (P. miles) in the Indo-Pacific, which have become significant invasive species off the East Coast of the United States and in the Caribbean. Cornetfishes have limited economic importance as food fish.

Smooth Cornetfish (Fistularia commersonii) juveniles were cultured from eggs numerous times for this project. F. commersonii eggs were collected in neuston tows throughout the year but are most abundant during the warmer months. The eggs are round and relatively large, measuring about 1.8 mm in diameter. Incubation time is about 4 days at 27C.

F. commersonii larvae are not easy to culture because they are prone to swim bladder hyper-inflation and are often trapped above the water along the tank sides. They were reared on a mix of adult copepods and artemia.