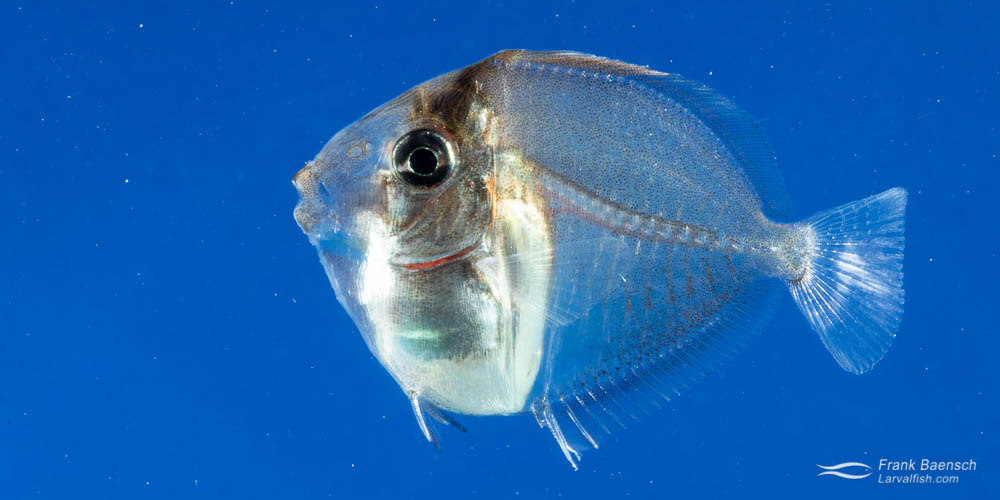 Everything about Acanthurus xanthopterus (Pualu in Hawaiian), is impressive. It is the largest Acanthurus species, growing up to 26 inches. Its distribution stretches from the lower Gulf of California all the way around the globe to East Africa. It lives in various reef habitats, sand slopes and lagoons and can occur as deep as 90 meters. It often travels in big schools. It feeds on everything from diatoms, detritus, filamentous algae and hydroids to small fish and crustaceans. It grows very quickly and undergoes intense changes in color as it matures. It can quickly change its color pattern, depending on its behavioral mood. A. xanthopterus is a beautiful fish! Unfortunately, it fits much better into a public aquarium than most hobbyist tanks due its size.

A. xanthopterus was cultured from eggs collected in Oahu’s coastal water in July 2018. This surgeonfish species was raised in a 20-gallon tank together with tilefish larvae, jack larvae, chub larvae, sole larvae, mahi-mahi larvae, boxfish larvae and snapper larvae. Preflexion larvae were offered copepod nauplii and rotifers. Postflexion larvae were fed artemia and micropellets in addition to copepods and rotifers (rotifers were discontinued on day 30).

After 28 days, one surgeonfish larva remained. Over the next 40 days, this fish survived multiple photo sessions and became a juvenile! On day 70, it was moved from the larval tank to a 40-gallon aquarium that also contained juvenile wrasses, porcupinefish, jacks and dragonets. It fed on pellets, nori, frozen seafoods and the natural diatom growth in the aquarium. This yellowfin surgeonfish now resides at the Waikiki Aquarium.

A. xanthopterus larvae are more robust and grow faster than A. triostegus larvae, under similar rearing conditions. Large fish species tend to be easier to culture and have shorter larval durations than their smaller relatives so this may be expected. Nevertheless; it’s exciting to discover these differences within the same genus – especially one as large, diverse and ecologically important as the genus Acanthurus – for which so little aquaculture research exists.

Orangeband or orangebar surgeonfish larvae (Acanthurus olivaceus) were raised from wild-spawned eggs at 77–79F on cultured copepods, Artemia, and micropellets ... 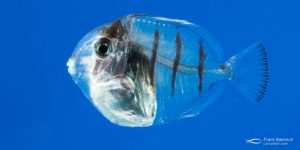 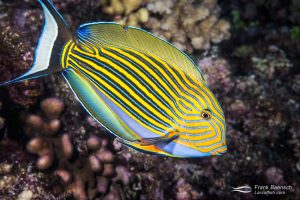