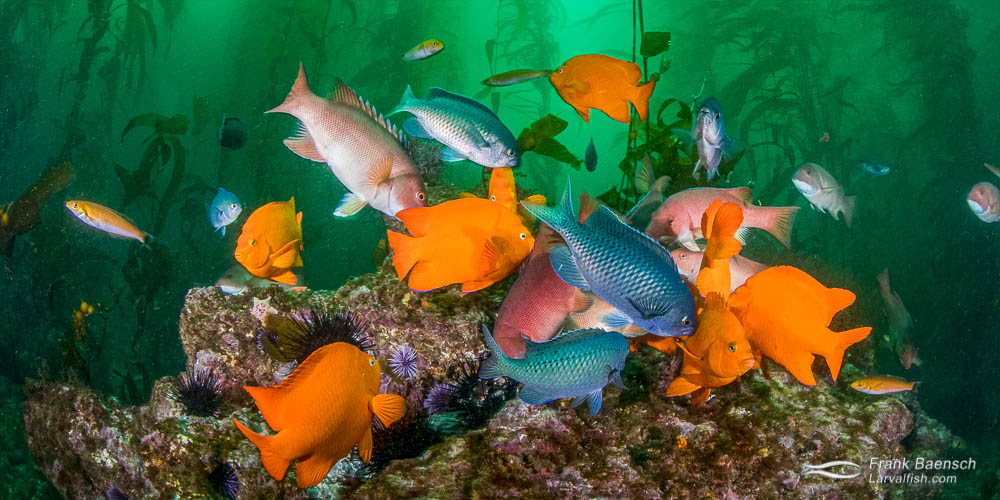 Two years after first diving California’s giant kelp forests, I’m back to experience more of this unique ecosystem. Only this time around, conditions were much different. An out of season mass of cold green water from the north had surrounded the islands. Swells were battering the coasts from the south and the northwest. 70 degree calm blue waters with 80-foot visibility had given way to surge and a soupy green mess that dipped in the mid-50s. I was very thankful for my drysuit. Yet despite the bleak conditions, I found interesting marine life on every dive, including quite a few fish species I’d never seen before.  The dark, eerie haze was also fun to work with. “Embrace the green”  became my motto for this trip. Thanks to Truth Aquatics for the tasty food, comfortable accommodations and the always helpful crew and captain. Favorite pics from this trip: 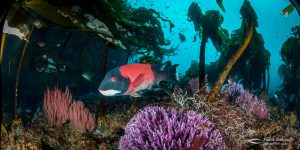 The Fish of California’s Kelp Forests

California is known for epic kelp diving but the waters can be a bit chilly for tropical divers like myself ...