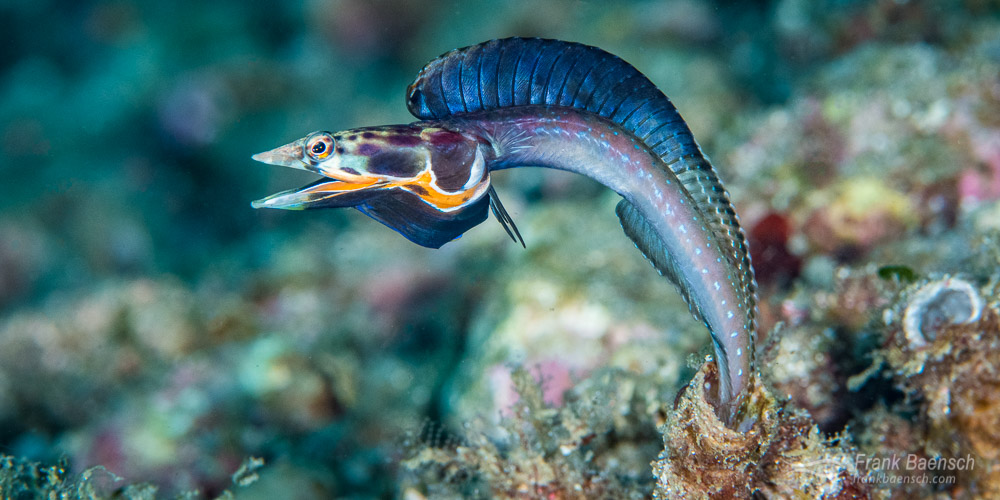 Roughly 5.3 million years ago tectonic forces rifted the Baja Peninsula off the North American Plate, leaving an enormous fjord scattered with desert islands, now known as the Gulf of California (or the Sea of Cortez). The Gulf has exceptionally high ocean productivity.  Upwelling, tidal mixing, and water exchange with the Pacific Ocean fuel large and consistent plankton blooms that support a mecca of marine life. One third of the world’s marine mammal species, 170+ types of seabirds and close 900 different fish species (39 families) inhabit the 62,000 square mile sea.  This is remarkable diversity for such a relatively small body of water.

The Midriff Islands lie clustered about one third down the west side of the Gulf. The archipelago consists of 9 islands, stretching from north of Angel de la Guarda Island and Tiburón Island, to south of San Pedro Mártir Island.  The island landscape is spectacular but amongst the driest and least productive places in North America. By contrast, the surrounding waters experience high productivity thanks to seasonal cold water upwellings  from deep channels nearby. The resulting seasonal water temperatures fluctuate from the low 60s in January-March to mid 80s in August-September, and create a natural barrier between tropical and temperate species.

The islands are far from civilization and only visited by a handful of liveaboards. Water temperatures, visibility and sea conditions are good for diving from July-October.  I travelled to the Midriffs for a week in September. My dive pad was the renowned Rocio Del Mar – a very comfortable boat with good food and a top-notch crew.

Marine life experiences around the Midriffs can be world class. Possible megafauna sightings include pods of dolphins, manta and eagle rays, pelagics like tuna, schools of jacks and barracuda, turtles, juvenile whale sharks as well as variety of transient whales – including the orca, humpback, sperm, fin, gray, and even blue whale.

Lots and lots of sea lions zoom around the Midriffs – from protective bulls to playful females to curious pups. With several rookeries near the dive sites, fun encounters with these friendly pinnipeds are guaranteed.

The Midriff reefs are rich in soft corals and sea fans, with many areas covered in extensive black coral forests, some as shallow as 40 feet

The islands have an exciting critter world; including lobsters, octopus, sea horses, ribbon worms and many species of sea slugs and nudibranchs.

I traveled to the Midriff Islands for the reef fishes. 271 of the Gulf’s 872 fish species inhabit rocky or coral reefs. The place was bustling with majestic angelfishes, charismatic jawfishes and blennies, electric blue damsels, ornate sea basses and groupers and bold triggerfish. The rocky shallows around the islands are a haven for juvenile fish. This was my first trip to these islands. What’s more exciting than discovering fish in new places?

King angelfish and Cortez angelfish appeared on almost every dive. Surprisingly, I didn’t find any juvenile angelfish despite extended shallow water searches. September should have been a good time of year to see the recruits. The Clarion angelfish also occurs in the Gulf but only in the southeastern part.

55 goby species inhabit the islands. The brightly colored Blue banded-goby and yellow head goby were my favorites. Both were very common on or near rocks and bolders.

The lizard triplefin (Tripterygiid family) and the redside blenny (Labrisomid family) were common in on or near rocks. Six triplefin blenny species and 23 Labrisomid species live in the Gulf.

A close second in personality to the signal and pike blennies were the jawfishes.  The fine-spotted is a confident 10″ monster jawfish that will venture far from its burrow for a meal (they especially liked the shrimp from our kitchen). The blue-spotted jawfish is far timider and only bolts a few inches from its burrow for some quick plankton picking. Photographing jawfish (and blenny behavior) took patience and eats into dive time. I couldn’t find any male jawfishes mouth-brooding eggs at the time but tiny yellow blue-spotted juveniles had just settled on a few sites. 6 jawfish species occur in the Gulf.

Only a few wrasses stood out in the area. The Cortez wrasse was the most colorful. Juvenile spinsters have a cool color pattern and were common in the shallows. The robust Mexican hogfish was also hard to miss with its beautiful juvenile and adult stages. 16 wrasse species inhabit the Gulf.

Parrotfish usually have a beak formed by the fused teeth. As the name suggests, Loosetooth parrotfish are intriguing in that they have flattened teeth, not a beak. This small species resembles a wrasse as much as parrotfish. Only 6 parrotfish species are found in the Gulf.

The islands are home to healthy populations of sea basses and groupers. Leopard groupers, the dominant reef fish predator in the Gulf, were especially abundant in some areas. This species has an attractive yellow morph.  My favorite serranids weres the juvenile Panama graysby with its olive head and brown spotted bright blue body and the Pacific mutton hamlet with its varying red and white camouflage. 38 serranid species live in the Gulf.

The finescale triggers were spawning at several sites. This species is by far the most abundant of the 3 triggerfishes found in the Gulf.

I didn’t see many sharks but I encountered rays on almost every dive. Cortez stingrays were sometimes resting in groups during the day.  I saw them hunt alone at night. Electric rays were also quite common. 14 ray species are found in the Gulf.

This photo report is just a snapshot of interesting and/or colorful reef fishes that I saw over my first 20 dives around the Midriff Islands in September. There’s lots more to discover and I’m already planning my return to this unique ecosystem.

Donald A. Thomson, Lloyd T. Findley, Alex N. Kerstitch.  Reef Fishes of the Sea of Cortez: The Rocky-Shore Fishes of the Gulf of California, Revised Edition. University of Texas Press, 2000